Dr. Bernard Cline purchased the first parcel of Andalusia land in 1931, beginning the Cline/O’Connor estate Mary Flannery O’Connor will hear was once called Andalusia, and the land’s name will become that again; however the land has known many names and owners. It’s been divided, sold, parceled, and put back together again, and again. It was decided on August 18, 1908 that the old Stovall place would change hands. The old Stovall place, which is Andalusia, was no longer just in the hands of the family of Nathan Hawkins. The Johnson family filed a petition at the beginning of 1907. It seems that possession of Andalusia has been argued over for well over a century.

A.S. Johnson and Mrs. Elizabeth Johnson, as testamentary trustees of the estate of Thomas Johnson, deceased, brought an equitable petition against S.W. Hawkins, whereby they sought to restrain the defendant, who was alleged to be insolvent, from trespassing upon certain described lands, alleged to be the property of such estate and to have been taken possession of by the defendant, and from interfering with the right of the plaintiffs to occupy the same; and also recover the land. Subsequently, by consent of parties, Mrs. Lizzie P. Myrick and J.C. Hawkins, sister and brother of the original defendant, were, with their consent, made parties defendant to the cause, and plaintiffs amended the petition by praying that title to the premises in dispute be decreed to be in them. The tract of land in controversy consisted of 556 acres, which, upon the death of Nathan Hawkins, the father of the defendants, had been set apart as dower to his widow. (“Hawkins et al. v. Johnson et al.,” 347).

Although their parents were dead, A.S., Lizzie, and J.C. Hawkins still wanted their family land although Thomas Johnson had acquired it through a debt consolidation in 1874 in downtown Milledgeville six years before Bernard Cline was born to Peter and Kate Cline in December 18, 1880.
In 1931, Dr. Bernard Cline acquired Lot No. 1, of Division No. 1, but in the coming years, Cline pieces as much of the old Stovall place back together, which will ultimately come to be owned by the widow Regina Cline O’Connor. In Mary Flannery O’Connor’s fiction, a widow sometimes owns a farm. 1931 is the same year that Mary Flannery O’Connor begins first grade at St. Vincent’s Grammar School in Savannah—also the same year Mary Flannery teaches a chicken with feathers that grow backward to, appropriately, walk backward. 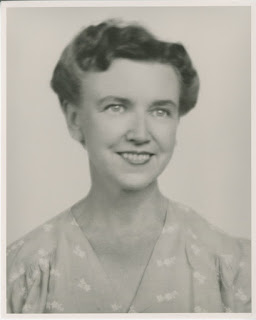 James Owens is a nonfiction writer and weekly contributor to Ina Dillard Russell Library’s Special Collections’ blog Dispatches from Penitentiary Square. He studies local and regional history and is a graduate of Auburn University, University of Alabama at Birmingham and Georgia College. He was a participant in 2014 NEH's Reconsidering Flannery O’Connor and the 2015 Flannery O’Connor and Other Southern Women Writers. He is an eternal student of Flannery O’Connor and all who love her and her work.
Posted by Andalusia, Home of Flannery O'Connor at 12/02/2016 03:00:00 PM