Flannery O’Connor Is Capable of Anything: Gilgamesh and the Woods of Andalusia

Having lived in Milledgeville for thirteen years, and having regularly visited Andalusia, I have moments now when I think of Flannery O’Connor as a realistic writer. Part of the pleasure of meeting with groups of tourists visiting the farm is in watching them realize how well the stories they know match the landscape they have come to Andalusia to explore. I’m not just talking about how O’Connor used what we call the Main House and the nearby farm buildings, though O’Connor certainly does seem to have recreated masterfully, in stories such as “Good Country People,” “The Displaced Person,” “Greenleaf,” and “The Enduring Chill,” the details of Andalusia’s structures. I’m also talking about the trees around O’Connor’s farm home, the forests she knew, perhaps through her wanderings around the property during extended visits in her early years - before she moved permanently to Andalusia.

Experts in what is now called ecocriticism are starting to realize how sophisticated O’Connor was on practical issues of land use and preservation, and I appreciate such scholarship, but I’m also increasingly impressed with O’Connor’s descriptive sentences about the natural world, sentences that - silly me - I used to consider mere matters of narrative pacing. I now realize that O’Connor writes accurately about trees, and especially about how the trees at Andalusia look with the sun’s power filtering through them.

On the other hand, whenever O’Connor has a character take a walk into the woods, into a forest even slightly removed from a farm operation, we are also clearly entering the numinous. Think of how much Sally Virginia Cope is learning as she ventures out into the woods to spy on the three trespassing boys in “A Circle in the Fire,” boys she comes to appreciate as if the delinquents in the woods were sent by God. Think of how much Harry/Bevel Ashfield is taking in as he walks through woods, before he gets to his river baptism, in “The River.” And then there’s “A View of the Woods,” which is all about how the woods are mysterious and magical, valuable in ways old Mark Fortune cannot quite imagine with his economic calculations.

A few semesters ago, one of my students mentioned that she enjoyed reading Gilgamesh for another of her Georgia College classes. She suggested that Gilgamesh was similar to O’Connor’s stories. Sure, that’s nice, thought I, as I moved on to other concerns for the day’s class. Eventually I played catch-up, getting my hands on Stephen Mitchell’s 2004 adaptation/translation, for Free Press, entitled Gilgamesh: A New English Translation. It’s a wonderful read. Just goes to show how much a teacher can learn from a student.

The parallels between Gilgamesh and “A View of the Woods” are rather awe-inspiring:
King Gilgamesh of Uruk (in today’s Iraq) has a double, who is closer to nature than is Gilgamesh. The king learns of his double’s existence when a man complains that the double, named Enkidu, has been, apparently in defense of nature, filling in the “pits” the man has been digging (76). Gilgamesh and Enkidu become very close despite their initial rivalry. Then Gilgamesh decides that they must go together to the Cedar Forest and fight its monstrous guard, named Humbaba. Enkidu is horrified by the prospect but goes along. As Gilgamesh is fighting and killing Humbaba of the forest, Humbaba puts a curse on both Gilgamesh and Enkidu, and, as Humbaba promises, Enkidu dies, plunging Gilgamesh into extended mourning. Gilgamesh then attempts, at length, to defeat death, but the secret of immortality is stolen from him by a “snake” (197), and Gilgamesh is left to contemplate the not-really-satisfying accomplishments of the civilization he rules.

I assume the similarities to O’Connor’s “A View of the Woods” are apparent. I’ve appreciated for some time that O’Connor rewrote Dante and Sophocles and classical myths and stories from the Bible. Now let’s add to the list Gilgamesh, written down approximately a thousand years before The Iliad. Now when I re-read “A View of the Woods,” even as I appreciate that O’Connor was writing realistically about the details of the development of Lake Sinclair, I also see Mark Fortune killing the divine spirit of the woods, partly by selling them to a merchant, the reptilian Tilman, and suffering a curse that kills both his granddaughter, Mary Fortune Pitts (who in a sense is the old man’s double) and then Mark Fortune himself. Like Gilgamesh, Fortune conducts a battle against the woods that ruins his relationship with his double and earns him a severe punishment.

I have only begun to think through the ways in which O’Connor’s story is playing off the ancient Middle Eastern epic. Is Mary Fortune Pitts a version of Enkidu, or a version of Humbaba, or a version of both? Of this much I’m sure: O’Connor is great at realistic description, but she might also, and can, do anything. 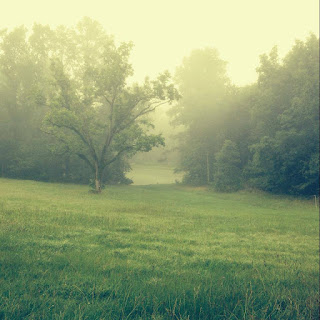