The first time I went to Milledgeville, there was nothing much to see. I mean, nothing much O’Connor-related. I did manage, after getting a guy from a convenience store to drive me to Memory Hill, to stumble across her grave (the caretaker didn’t know where the O’Connor plot was). But I kept going back. I made at least six more pilgrimages to Milledgeville, and every time there was more to see.

On that first trip, I drove up and down 441 looking for some sign of Andalusia. On my next trip, I was there for a writing conference with a friend. We, along with a future National Book Award winner, piled into my truck and drove to Andalusia. We’d heard the stories of Regina Cline hiring Baldwin-Felts detectives to keep people like us off of her property, so we were nervous. But it was hard to be so close and then to just walk away. We hopped the fence, but didn’t dare get too close to the house or the barn.

The next trip I was pleased to find that Andalusia was open for visitors—sort of. The local trolley was making a special trip out there. I went with my friend, the novelist and short-story writer and possibly even more devoted O’Connor fan, Elizabeth Stuckey-French along with her family. We got to sit on O’Connor’s front porch. Why did it make us so happy? I’m still not sure.

Years later I went back for a National Endowment for the Arts Summer Institute called “Reconsidering Flannery O’Connor.” The Institute was a great experience. I read through drafts of the novel O’Connor was working on at the end of her life, went to lectures, and sat in rocking chairs and learned about O’Connor from smart and charming people. I also began working on The Book of Hulga, which was just published on O’Connor’s birthday this year. The group of scholars went out to Andalusia a couple of times and now were allowed inside the house.

I was there recently for the Flannery O’Connor and Other Southern Women Writers Conference. I told the story about the first time I’d gone to Andalusia and somoene said they wished they’d had the opportunity to jump the fence. I could understand the sentiment—there is something vaguely romantic and poetic about the gesture.

On the last day of the conference, I hiked with a friend of mine from town, struggling through the heat and exhaust and high grass along 441. We walked into the cool house and paused for a long while, looking at O’Connor’s bed, the crutches leaning there, the curtains she hated, the painting on the wall, the bookcases. We went outside and looked at the peacock, walked through the barn.
The director, after offering the shop’s part-time worker a loan when he mentioned waiting on his financial aid check to arrive, offered us a ride back into town. In the car I thought about the person’s comments about jumping the fence. I thought too about all of the work and money and time that went into restoring Andalusia, into making it available for people like me, people with no real claim to O’Connor other than admiration. And I realized that this—this connection between strangers because of a shared love for a woman not one of us ever knew personally but whose words shaped us in ways we can’t articulate—this was what I have been travelling to Milledgeville all of these years to find.

And I know I’ll keep coming back. 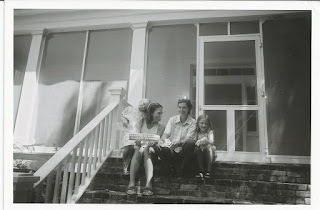 Rita Mae Reese is a recipient of a Rona Jaffe Foundation Writers’ Award, a Stegner fellowship in fiction, a “Discovery”/The Nation award, and a Pamaunok Poetry Prize, among other awards. Her second book, The Book of Hulga, was selected by Denise Duhamel for the Felix Pollak Prize in 2016 and is available at Amazon and other retailers.
Posted by Andalusia, Home of Flannery O'Connor at 7/08/2016 03:00:00 PM

I loved this piece as I was reading it -- I just completed my third pilgrimage in May -- but nearly jumped from my seat when you mentioned BOOK OF HULGA. It's on my O'Connor shelf. Great book!