I’m going to tell the truth. This summer, when I had the tremendous pleasure of being part of a group of scholars who got to go to Georgia to study Flannery O’Connor on the NEH’s dime, I was pretty nervous at first. Academics are often obsessive and awkward people who spend lots of time alone, scrutinizing things. Prolonged social interaction isn’t always our forte. In my case, I’ve grown so accustomed to the process of writing as a way of collecting my thoughts that sometimes I end up feeling flat-footed in live conversations. You can imagine how my anxieties were heightened then at a lovely picnic at Andalusia on the 4th of July where a two-person camera crew was set up to interview the institute participants about their experiences of studying O’Connor on her home turf.

I worried I would have to account for myself, explain why it makes sense for the Federal government to give me, an English professor, money to go study O’Connor in Georgia. Like someone bracing for an interview, I started interrogating myself: Do we really need to visit a writer’s home when the thing she chose to give us is her work? If we read O’Connor’s stories through the lens of Andalusia or of Milledgeville, do we risk substituting our own personal projections for interpretations based on plausible textual evidence? Then, like someone trained in criticism, I started interrogating my own questions: Isn’t the good of O’Connor’s work, like the good of a visit to Andalusia, self-evident? What makes me think I need to defend the value of these things?

Cunningly, I avoided the camera, and instead I started talking over these questions with my fellow institute participants. We discussed the risks of a hagiographic approach to Andalusia, one that would substitute shrine for home. Even as O’Connor insisted on the mysterious presence of the sacred in the material world, she also resisted the impulse to swap an “edifying” story for a true one. I think a brief example here will demonstrate what I mean. In the spring of 1959, O’Connor was invited by the Sister Superior of Our Lady of Perpetual Help Free Cancer Home to come visit Atlanta in order to write a biography of Mary Ann Long, a remarkable young girl whose short life and time as a patient at the Home was deeply meaningful to Mary Ann’s community. In her own account of the situation, O’Connor describes recoiling from the offer to visit and write the book. She states, “Stories of pious children tend to be false. This may be because they are told by adults, who see virtue where their subjects would see only a practical course of action; or it may be because such stories are written to edify and what is written to edify usually ends up amusing.” Borrowing the Sister Superior’s phrase, O’Connor writes, “I did not wish to imbibe Mary Ann’s atmosphere. I was not capable of writing her story.” [1]

In walking around the rooms, barns, and fields of Andalusia, it might seem possible to try to imbibe O’Connor’s atmosphere, and from that, to forge connections between the physical space where she spent much of her life and the work she created in that space. As my fellow scholar and new friend, Alison Staudinger, pointed out, that approach might be tempting, but it’s also risky if we don’t examine our own assumptions.

Here O’Connor’s awareness is useful, highlighting how sight is limited and how intentions can backfire. We can render in ultimately silly terms what we might intend as meaningful. By touring Andalusia with Alison and a bunch of other great partners in this conversation, we started to investigate the impulse readers might have to project themselves onto writers and the oddness of a capacity to forget that writers are real people to begin with. We spent hours discussing what we think about the relationship between humans and the material world and the nature of the value an object might retain because of who may have owned it previously.

The two-person camera crew, Ben and Chelsea, caught up with me and Alison eventually, and they joined right in the conversation, welcoming our inquiries, adding their observations, giving us space to process how our visit to Andalusia shaped our thinking, and laying my camera shyness to rest by using our taped interview for in-house purposes only. Haha.

You may not have the good fortune of touring Andalusia at a time that corresponds with a visit from Alison, Ben, and Chelsea, but I highly recommend rounding up your best conversation partners, touring its sitting rooms and milking rooms, and examining your own impressions of what this space does and doesn’t mean for how we read and reread O’Connor. You might find, as I do, that the value of her work, and of Andalusia, are self-evident. 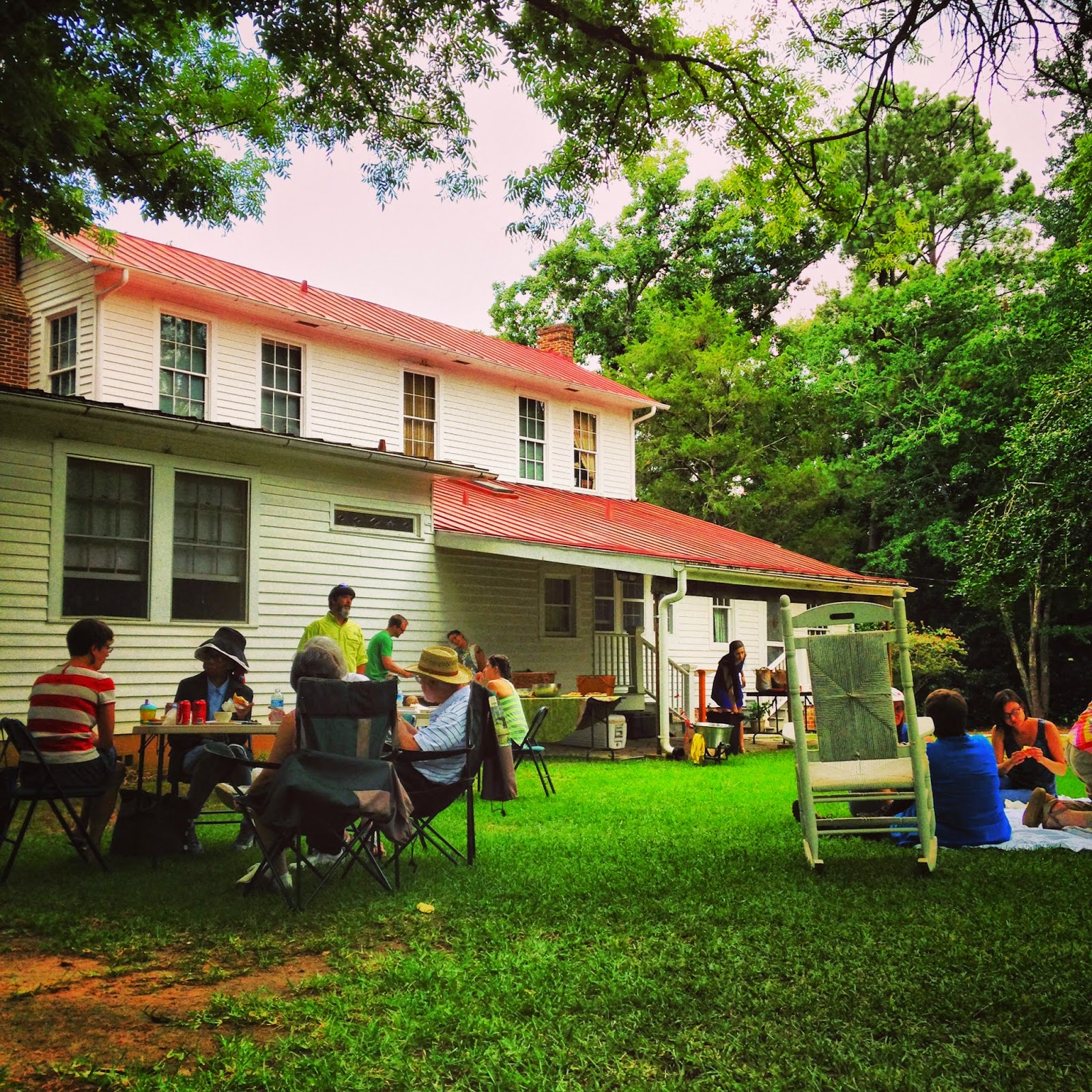 Alison Arant is assistant professor of English at Wagner College on Staten Island in New York City, where she teaches classes in Southern Literature, African American Literature, and World Literature. She was one of 24 scholars who spent a month at Georgia College and State University attending the NEH Summer Institute “Reconsidering Flannery O’Connor." She lives in Brooklyn, parts of which seem to have at least a crush on southern foodways. She can’t blame them.